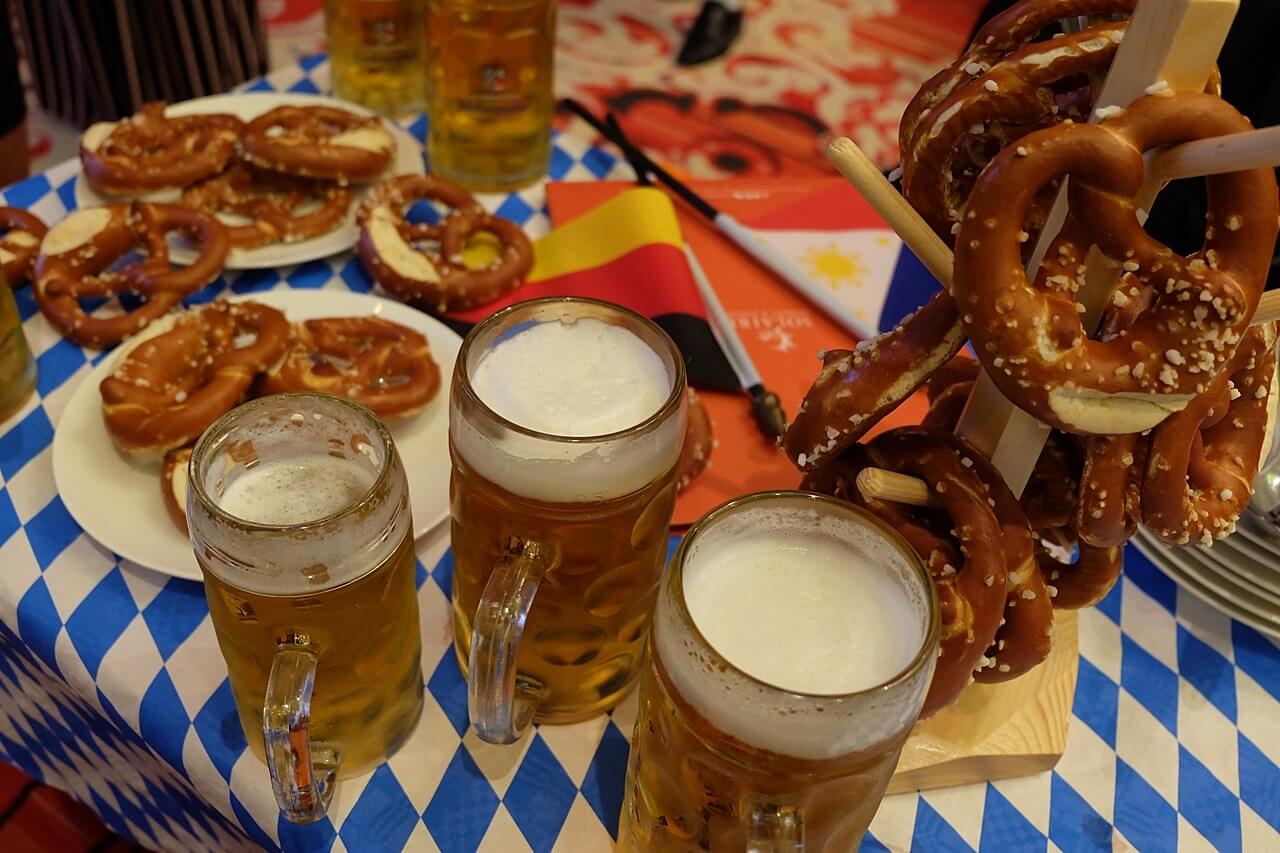 The best place to celebrate Oktoberfest is, of course, in Munich, Germany. Failing that, Oktoberfest is celebrated in other countries, too, including the Philippines. This year, it’s going to be held at Solaire from October 4 to 6, 2018.

German Club Manila is partnering with Solaire this year for their 80th anniversary of Oktoberfest, and they have promised the biggest and most authentic celebration of German culture. What makes an Oktoberfest celebration authentic? Here’s a preview. 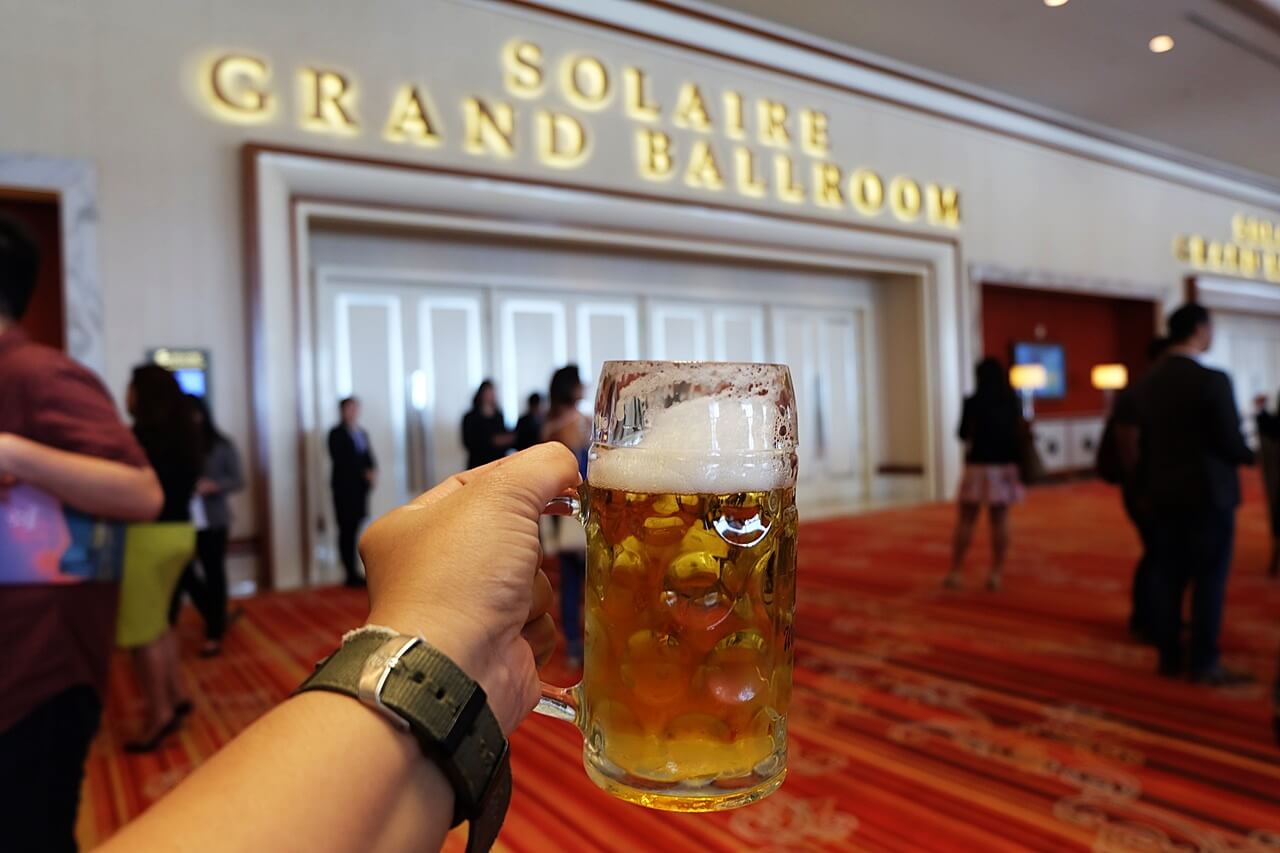 Oktoberfest, more than anything else, is of course, about celebration, and what’s a German celebration without beer? At Solaire, there’s going to be free-flowing Weihenstephan, a beer from Bavaria, Germany, with the oldest brewery in the world.

For the 3-day event (opening from 6pm to 2am), there will be over 25,000 liters of wheat beer and Oktoberfest beer served. Tickets will come with a German beer mug which you can use during the event and then take home as a souvenir. 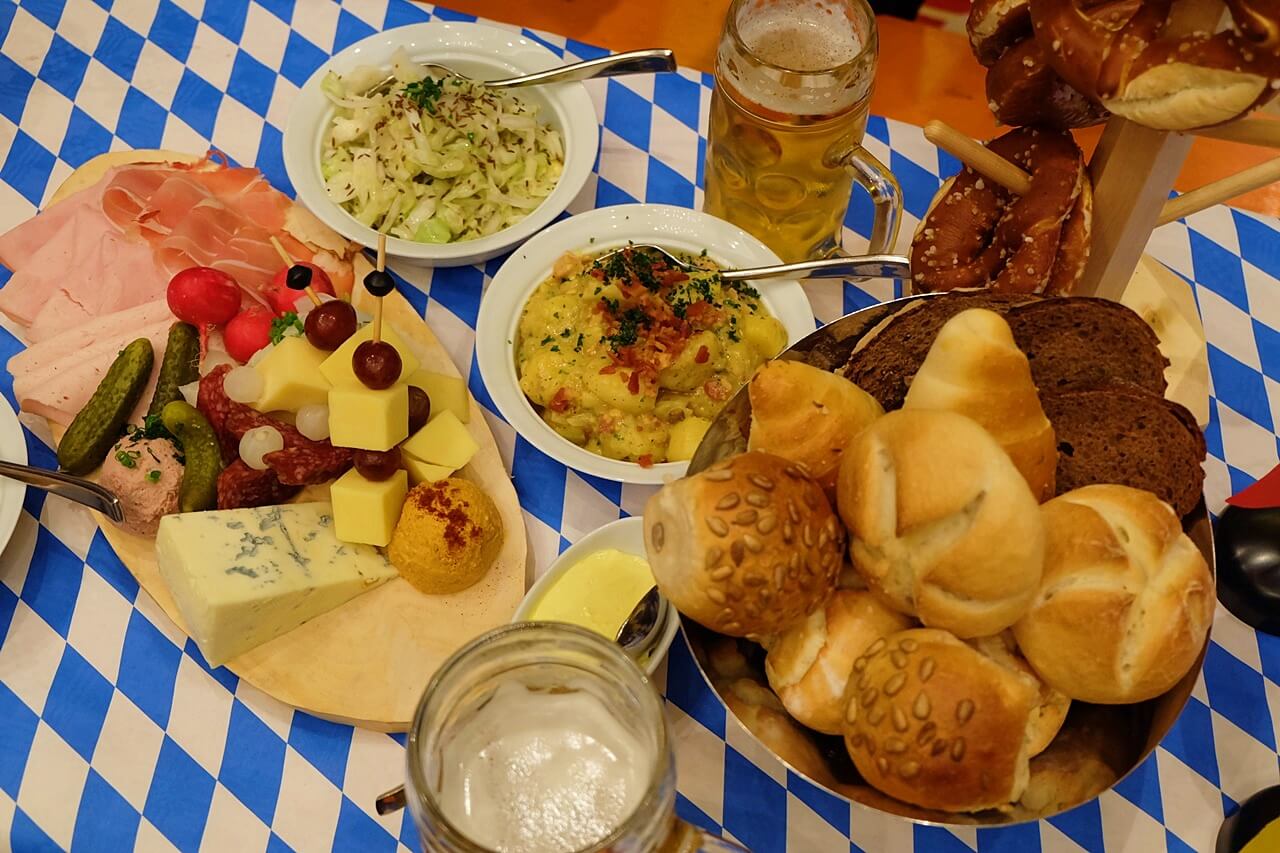 A sampling of traditional Bavarian food during Oktoberfest.

If you have ever wondered what a traditional Bavarian food is like, you’ll definitely know during Oktoberfest. Prepared by Solaire’s German chef, you will get to try German sausages, cheeses, pretzels, and schnitzels, among others.

There will also be several kinds of German bread, salads, and cold cuts. My favorite was the weisswurst, a Bavarian white sausage made from minced veal and pork back bacon. It was definitely delicious and so filling!

My favorite: the white sausage (weisswurst).

There’s dessert too: a classic apple and walnut strudel with vanilla sauce and ice cream. And yes, you can have as much of these food as you want with your beer.

Games are a part of any merrymaking. We got to witness two: a mug-holding game (that Harvard Uy de Baron, the blogger behind Always Hungry PH won) and a beer chugging game. Even if you’re not competitive, why not join? It’s nice being cheered on! 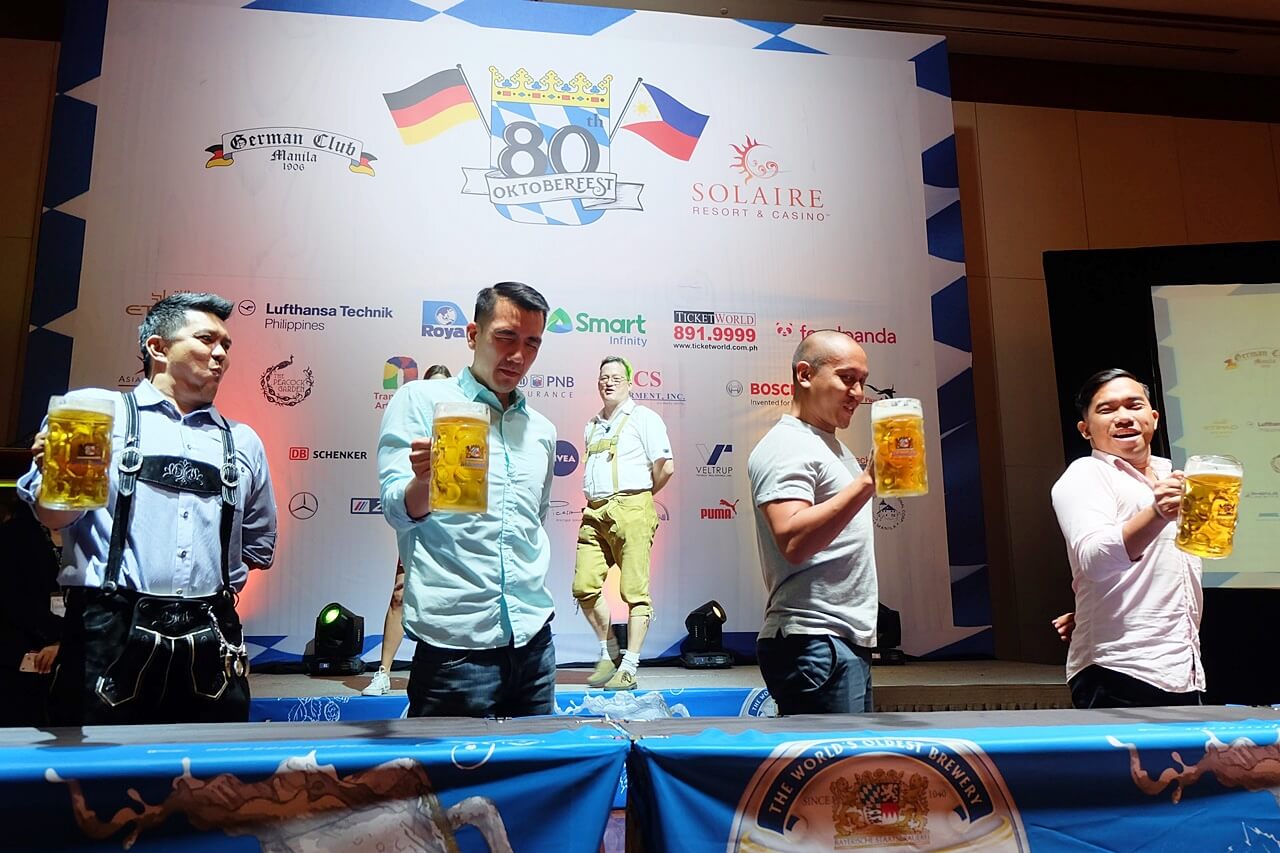 Our host also taught us how to sing and act out a German song called Fliegerlied that is reportedly the most popular Oktoberfest song. You jump, you swim, you grab someone’s hand and sing la-la-la. The lyrics (in English) goes like this:

When you’ve had a mug (or 20) of German beer, singing a song in German and flapping your arms around can be a lot of fun!

While eating and guzzling beer, you’ll be treated to German songs performed by the Munich-based Bavarian Sound Express. They’ve been coming to the Philippines for years, with the band members usually dressed in their traditional outfit — lederhosen for men and dirndl for women.

Note that the waiters and waitresses will also be Germans wearing their traditional clothing! 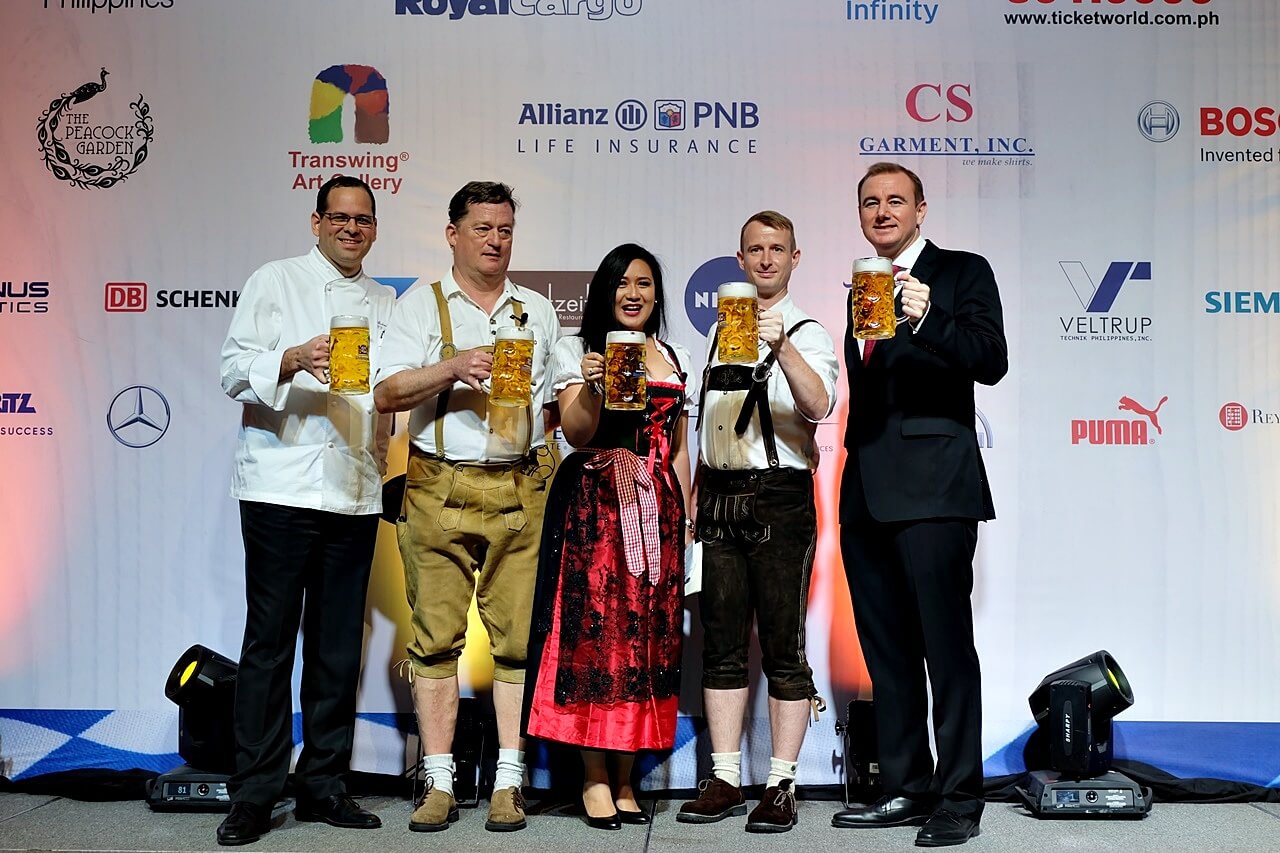 What You Need to Know About Oktoberfest Philippines 2018

Included in the ticket price is a German beer mug, all the food and beer you want, as well as snacks from the midnight buffet, if you get tired of all the sausages and schnitzels.

You can buy the tickets through the following:

Dress code is smart casual, or you can wear lederhosen or dirndl, too!

Oktoberfest 2018 will be held at the Solaire Oktoberfest Tent, with the entrance located at The Gallery, ground floor of The Shoppes. It’s the first time German Club is celebrating it at Solaire.

“We are very delighted to continue the Oktoberfest tradition in the Philippines and celebrate it with our Filipino friends,” Tobias Rast, German Club President, says. “We are pleased to have a new partner in Solaire.”

Will I see you at Oktoberfest? Prost!