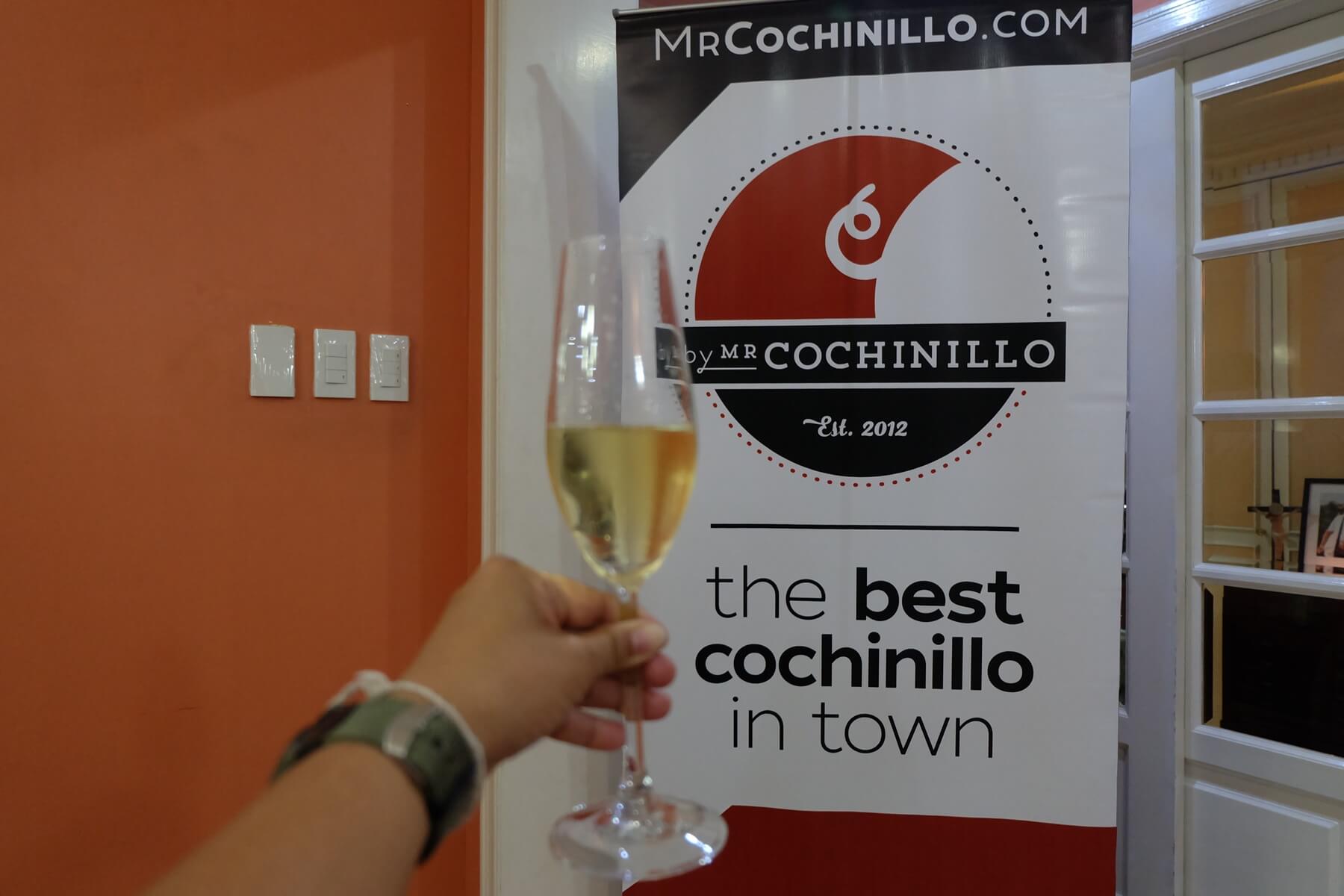 Have a taste of the best cochinillo in town!

When it comes to Christmas fare, there are some non-negotiables, and number one of these is lechon, the roasted pig that’s ever-present in every Filipino celebration.

This Christmas, why not serve lechon, with a twist?

I was recently invited to try out cochinillo, a roasted piglet (maximum of six weeks old) that is roasted whole in a traditional brick oven. It’s a delicacy in Spain, especially in Segovia, and Spanish chefs are so proud of the tenderness of their cochinillo, that they would prove it by cutting it with a plate instead of a knife.

Thankfully for meat eaters like us, the cochinillo is now available in Manila, and there’s no one who provides it best than the man known as Mr. Cochinillo, aka former DJ Tinee de Guzman. 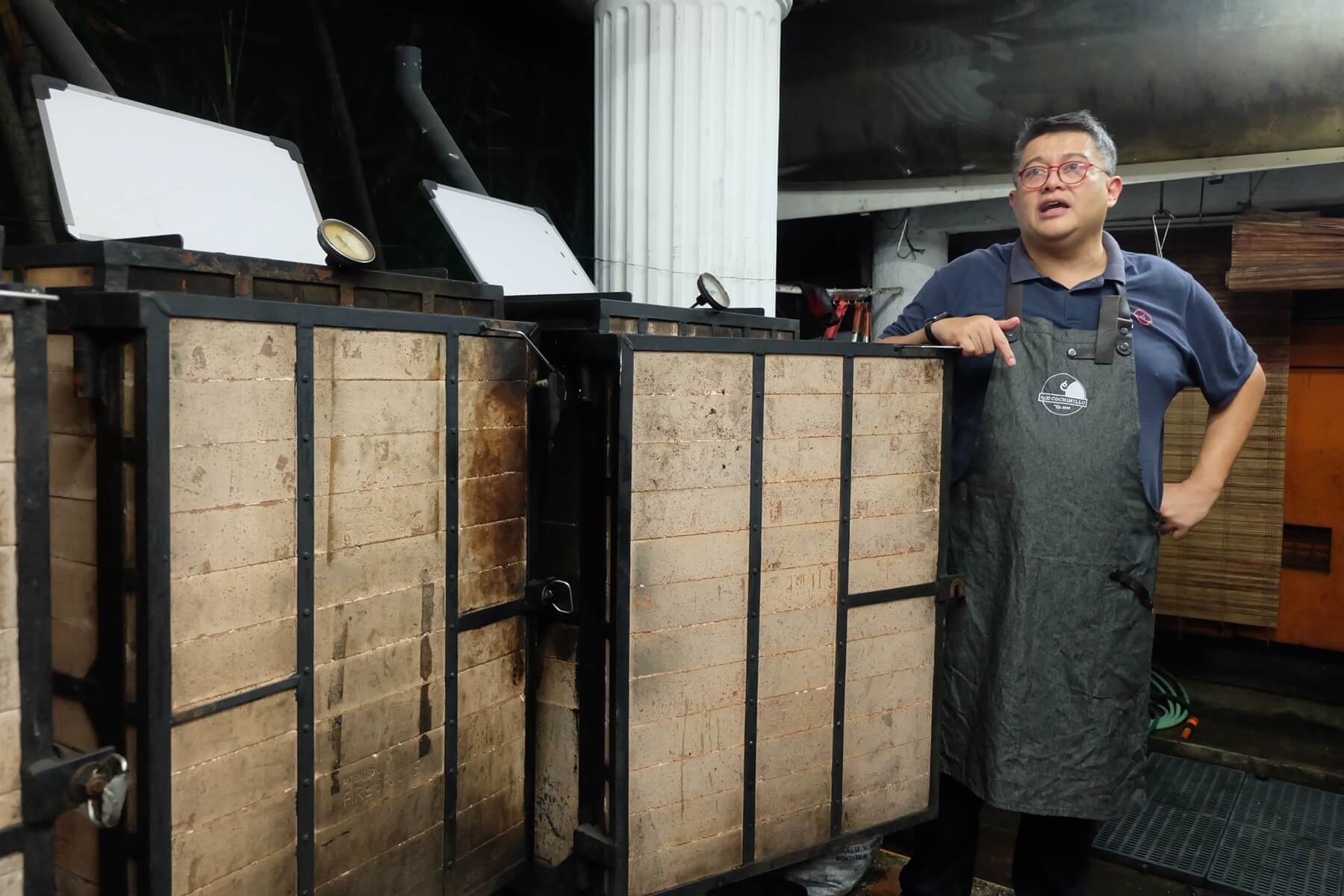 Tinee was not a chef nor is he a Spanish citizen. However, he loves to cook, and accidentally told a friend who was having a party that he knew how to make cochinillo. He had never made it before, but when the friend ordered some for his party, he spent days trying out one recipe after another and perfecting his roasting technique.

Tinee’s friend ended up loving his cochinillo and recommended him to others. The rest, as they say, is history.

From one brick oven, Mr. Cochinillo’s kitchen now has eight. Why not just use a regular oven? I asked. Or use the usual fire pit where lechon is roasted. (Read: How to cook lechon)

According to this former food photographer turned chef, wood-fed brick ovens give a certain smoky flavor to the meat. The crisp skin and succulent meat you get from a great cochinillo is also achieved through long, slow cooking. 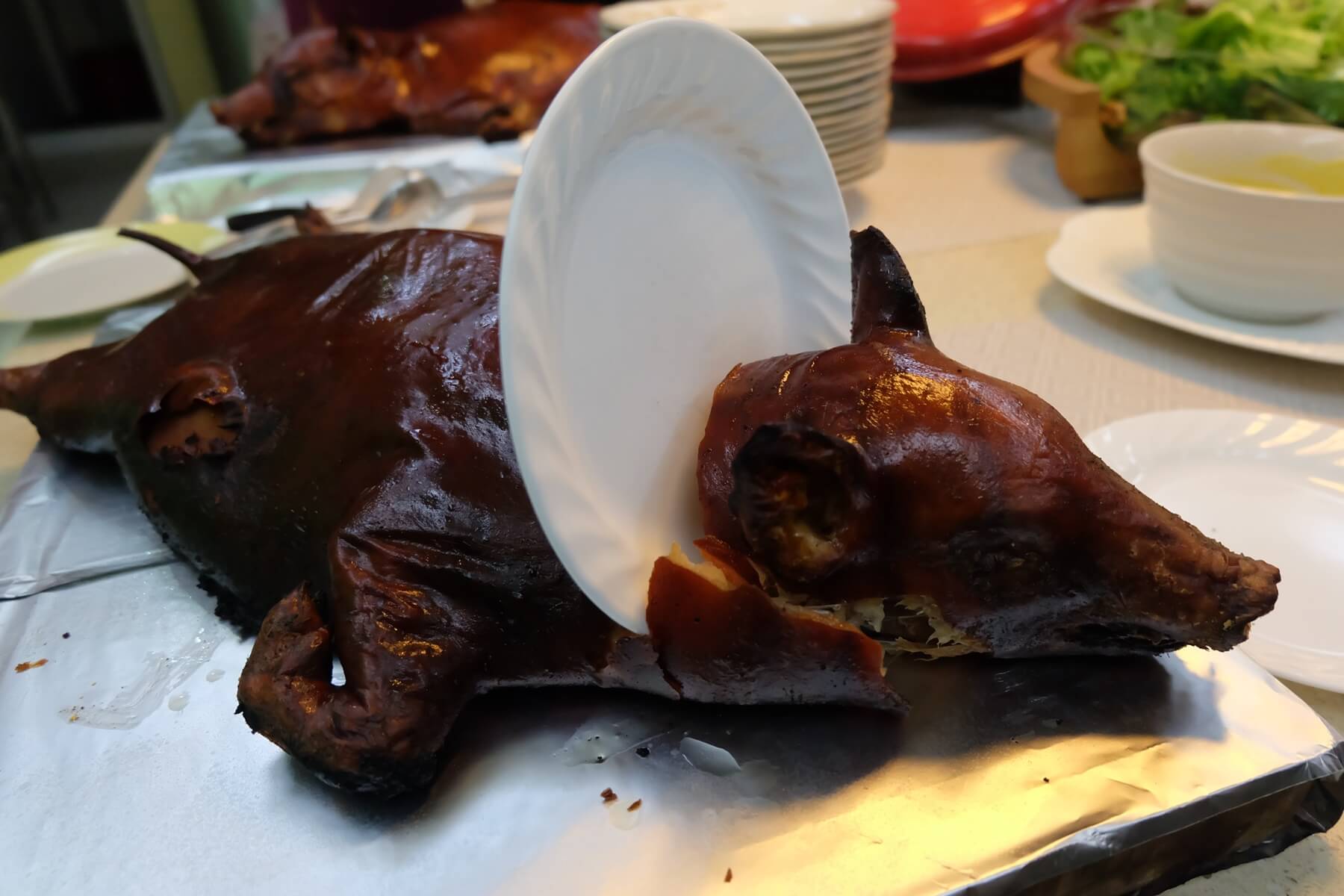 The cochinillo is so tender you can cut it with a plate.

The piglets that Mr. Cochinillo uses are around 28 days old and sourced from all over the Philippines. They arrive in his Green Meadows residence already butchered and inspected. He then makes sure that they’re well cleaned and stored properly.

While Tinee receives a lot of orders through the year, his busiest, understandably is during the Christmas season. So if you order from December to January 3, there is already a surcharge of 10%.

But what is 10%, right? Mr. Cochinillo’s regular customers (which include local film stars and other celebrities!) are more than willing to pay those for a taste of his succulent roasted pig, both the regular one, and the most recent offering — cochinillo cooked in goose fat. You can definitely tell the difference if you’d eaten goose before! 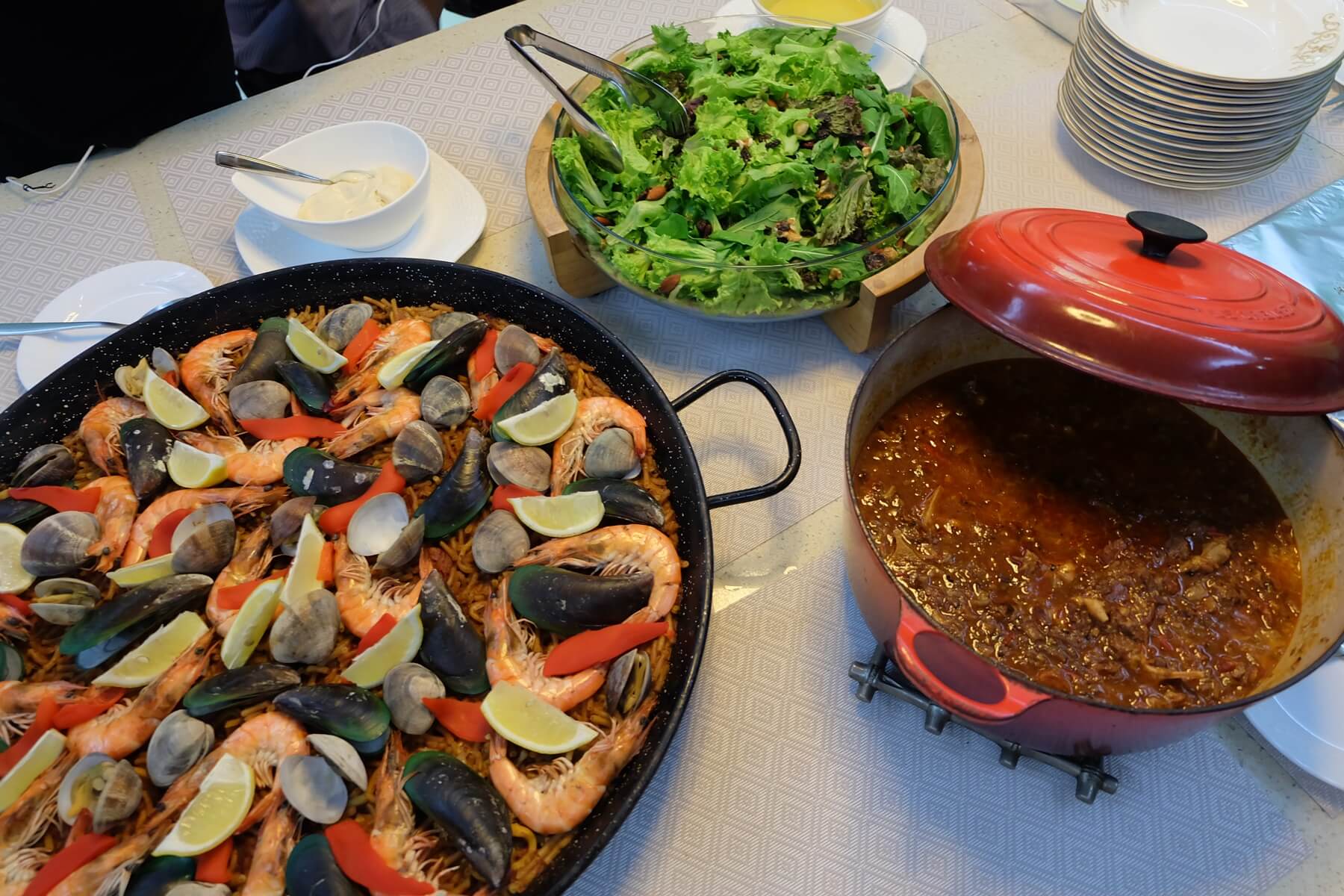 Aside from the cochinillo, Tinee also offers fabada, a rich Spanish bean dish with sausages and pork. Instead of using bacon, though, he puts cochinillo in it, giving it a unique flavor that you can’t find even in Spain.

Want paella? He has that, too, as well as fideua, a seafood dish from Valencia, Spain that’s like paella, but which uses noodles instead of rice. The seafood one is definitely to die for, although fideua negra is also available.

There is one setback: Mr. Cochinillo is not located in a restaurant. He accepts orders online, but orders have to be picked up in his Green Meadows residence in Quezon City. Despite this, you would definitely say it’s worth it once you’ve had a bite of Tinee de Guzman’s cochinillo this Christmas! 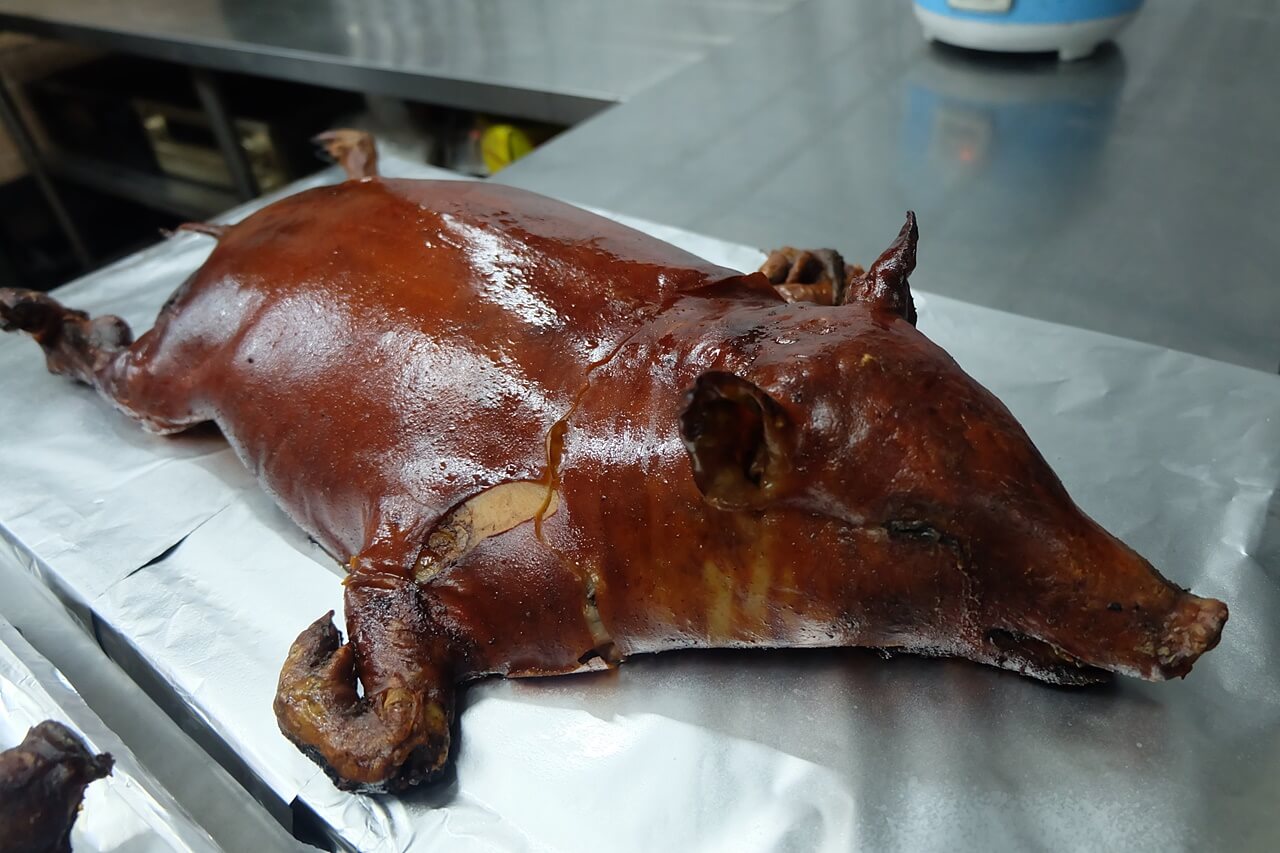 Cochinillo — the best lechon you can eat in Manila!

How to Order from Mr. Cochinillo